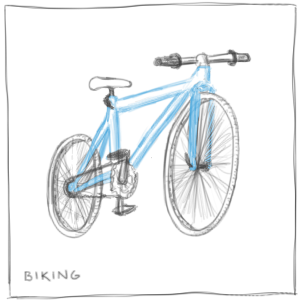 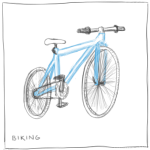 Like most boys, I’ll never forget my first bike.

Brought to me as a present from my grandparents, it was shiny red, with a racing flag on the front of it. Unfortunately a few weeks later, it was stolen by some local bullies who left if on a nearby rubbish dump, where I found it luckily after a long search, however it was quite broken.

But that somehow didn’t stop me finding a way to make money later on for another bicycle so that I could escape from chores at home, exams at school and find a quick way to turn up at my friend’s house for a second hot meal in the evening.

I’ve had a lot of bicycles since then. I even had a custom built racing bike that had my name on it, designed by my Dad, which I loved to ride, especially when I should have been in school.

I even had another bike that got stolen once again by local bullies and throw in a pond, another given to me by a drug dealer, and the last one given to me my good friend, the dentist.

As a teenager, I joined the local cycling club near Preston, Lancashire called “Team Rapide”. I spent a evening each week doing 10km time trials, and usually a 100km+ trip at the weekend with my best friends at that time, Andrew Thornley, James Hancock and especially Chris McGibbon.

Since I started out on the walk of life, I didn’t do much more cycling until I met my wife to be, who has been on numerous trips with me, including cycling the length of Croatia along the coast, as well as following the river Danube down from Germany, through the whole of Austria to Slovakia. 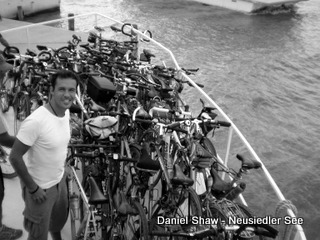 Recently I’ve noticed that there’s a trailer attached to my current bicycle, with my daughter in it, eager to go out an explore the world by bike. I hope that she’ll share the same joy that cycling has brought to my life.